In conjunction with our partner North Atlantic Underwater Technologies (NAUT), we are pleased to offer a Gavia Autonomous Underwater Vehicle (AUV) for rental with experienced operators at short notice, please contact us for more details.

The Gavia is an Autonomous Underwater Vehicle (AUV, or unmanned robot submarine) that is made up of “plug-and-play” AUV modules which can be brought together and configured in the field. When assembled with a set of survey-grade sonar modules, a Gavia AUV becomes a self-contained survey solution with a low logistics footprint that is capable of carrying out a wide range of missions for commercial, defence, and scientific applications.

The Gavia modularity means that sonar sensors, navigation modules and new battery modules can be added to the operational Gavia during a mission or as mission requirements change.

Examples of base Gavia and some additional modules and sensors include: 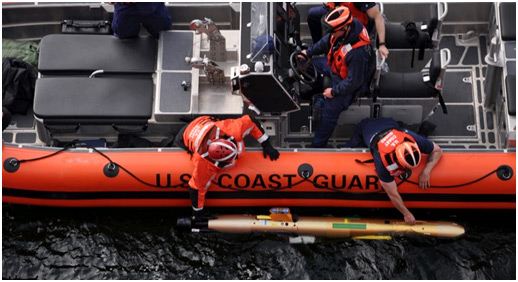